Tranzman uses a relational database to track and trace each component through its migration life cycle.

We can generate custom reports to show what catalog data has been converted, what was / wasn't selected and what still needs to be converted.  During the catalog export / import process Tranzman will perform queries against both origin and destination catalog(s) to track the they are now containing the migrated images before updating its internal states.

We can also generate reports of the backup data that has been converted or is to be converted and track the conversion state. Data is tracked on a per image basis and will also identify both the origin and destination media that has been used.

Overview of the current state, and ability to drill down to image level is provided on the Dashboard,

Detailed reports are provides from the reports option.  Reports create  "csv" files, which are then available to download or via CIFS shares from the Tranzman Server. 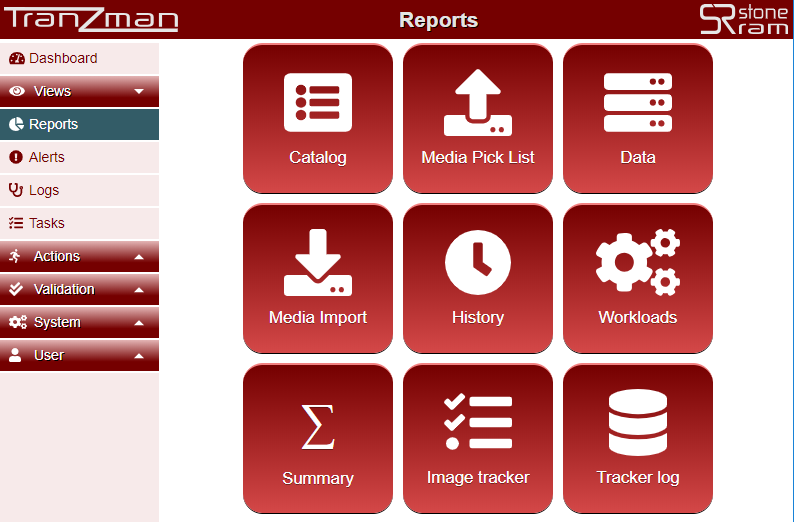