Although, Tranzman was never designed to be a replacement for Catman, its does have the ability to migrate from NetBackup to NetBackup.  This ability started as a side-effect of doing cross product migrations, but it was soon realised that the flexibility the Tranzman approach gives makes it a viable and preferable alternative for many engagements.

Some of the main differences between how Catman, and Tranzman work.

Other Catman limitations that Tranzman resolves:

Tranzman can enable migrations, mergers, and split of NetBackup domains.

Tranzman supports all NetBackup Master SERVERS from the list below, running on HPUX, Solaris, AIX, Linux and Windows.  It also supports ALL cluster configurations.

Tranzman support ALL image and policy types from the following versions of NetBackup.

We are delighted to have celebrated our third anniversary last month.  The past three years have gone by so quickly, our services capability has expanded on the back of a robust partnership with Sy...
Stone Ram on the Move

I am delighted to announce that we have upsized offices this week. We are settling in nicely into our lovely new offices, which are bigger, lighter, and with plenty of space for our growing team. The ...
Providing Tools To The Open Source Community
Stone Ram is indebted to the open source community for the information it’s provided which has proved important to our research. We’d like to give something back, so we are sharing tools we’ve create...
New Tranzman Product Development Update
In March we published our Tranzman development roadmap. It automates backup migrations and acts as a storage server so you can access backed-up data by converting its format when you restore or duplic...
Two Exciting Opportunities
We currently have a backup market investment opportunity – and need a new team member. Investor: If you’re an investor or a company with an interest in the backup market, and you’re interested in acc...
Stone Ram Careers 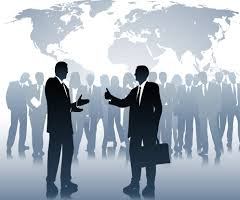